The best times to visit Serengeti National Park are from January to February or from June through September, although you should plan your trip around the movement of The Great Migration.

January-February  The winter months are the best time to visit Southern Serengeti and the Ngorongoro Conservation Area. Although most visitors enter the park from the south, this region is widely ignored by tourists due to its lack of wildlife during much of the year. However, the short rains that take place in November draw the herd back to its breeding grounds. During the winter, these vast grasslands teem with wildebeest, zebras and, of course, predators.

March-May   Springtime ushers in the park’s rainy season. Because most visitors are deterred by the wet conditions, you can expect to find lower prices on excursions and lodging. But keep in mind that most of the semi-permanent campgrounds and some of the lodges close their doors to tourists during this time, so you will need to plan ahead.

June-September During the summer and fall, The Great Migration makes its way north, where the plains are ablaze with colorful flora. In the early summer months, you’ll most likely find the herd near the Grumeti River in the park’s Western Corridor, although you’re sure to catch a glimpse of a smaller rogue group in the Lobo Valley. Watching the grazers take on the river’s vicious crocodile population can make for an experience of a lifetime. Between July and September, the wildebeest and zebras mingle with elephants and giraffes in beautiful Lobo and Bologonja  Springs in the park’s northern area.

October-December Short, sporadic rain showers signal The Great Migration’s return to the southern grasslands. Plan to spend most of this month in the Western Corridor along the Grumeti River or at the Mbalageti  Tented  Lodge, a permanent campground with sweeping views. 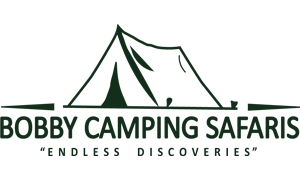